Swift Programming Language: Is it Better than Objective-C or What? 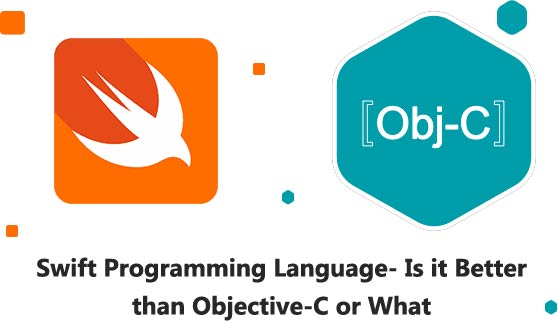 The iPhone developers earning billions bucks these days, and who are not willing to clinch bucks into their pocket? After some successful launches of iPhone update like Health Kit, Cloud Kit , Home Kit and some more additional Extensions, iPhone has given a Big bang launch of SWIFT, which will be bliss all the developers: “A brand new programming language for an iPhone application development.” I know that everyone is inquisitive to get in touch to the SWIFT programming language. I have written this article to end your inquisitiveness and give an overview of a Swift programming language.

Swift and Objective-C are Analogous or Not?

The answer of the above question is YES, You will see the Same API which objective-C uses. Experts of objective-c would be pleased to know this as they can do anything with Swift that they could do with Objective-C. It means you will get everything that you had seen in Objective-C with some additional new concepts that you will find in this article. Well, below I have covered some aspects of Swift. A beginner of iPhone application development can look upon it and a developer of an iPhone application can compare it with an Objective-C.

Here are the points that have been introduced to swift, you can say as an improvement to Objective – C which are as below. Code Initialization: Initialization of objects and variables must be done at the time of definition. If you have forgotten object or variable to be initialized, you will get compile time error in Swift. This will ensure that an object or variable always has a value. If there is a case when you can’t define an initial value to the object or variable, this type of variables and objects are known as Optional in the Swift programming. If Branch completeness: All conditional branches must cover all the conditions, this way no code will remain uncovered. If there is any missing condition in any statement, then the compiler will generate compile time error in Swift. Constants and Variable definition: Apple has introduced a new keyword to define constant in the swift programming and have encouraged programmer to enhance the use of constant variables in programming to make your programming code safer. This will help with code optimization as well because when you define a constant it means compiler knows that constant value never change. let someConstant : String = "This is a constant" var someVariable : String = "This is a variable" As you can see in the above example, let keyword is used to define a constant variable whilst var keyword used to define a variable.

What other improvements you will see in Swift?

As you know now that Swift language have improved all the issues that had founded in Objective-C, C,C++. 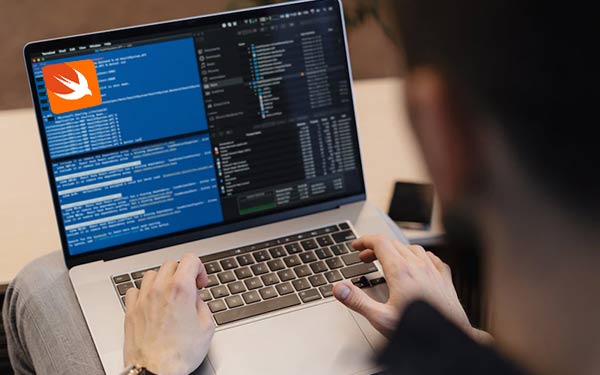 In Swift programming language, there is no need to add a semicolon at the end of each line to terminate the statement because in Swift each line is considered a statement line. Well, this is confusing for me how you all going to take it. Because semicolon is a syntax that we have been seeing since C programming language to the objective-c, java, asp.net or any you can take which is now ceasing by Swift. Yes, that is true that you will face an interruption of adding a needless semicolon due to habit.

In Objective-C curly braces of if a statement was optional which was creating bugs called Heartbleed. To get rid of these bugs Swift has made curly braces mandatory for each and every if statement.

Changes that Objective-C developers will notice in Swift Programming:

Again, I have taken same example which we have seen above to give you some elaborated description about variable and constants. let someConstant : String = "This is a constant"; var someVariable : String = "This is a variable"; In the above example we have defined constants using let keyword and variable using var keyword and the colon: sign to define the types of the variable. This above example is an example of type String. You can see there is not any @ symbol in the initialization of a string variable or constant. It is just like a C or Objective-C.

So what is the difference between Objective C and Swift in this Prospective?

If you want to assess the strength of any language, then should check how it manipulates string operations. Shall we undergo with swift also? Let’s do it. Objective-C has the below format of declaring and initializing string, which is much better than other languages. But, as time last, it got more confusing. Now look at the Swift example, you will find an easy way of string concatenation.
Besides that strings are Unicode in Swift, it means you can use it in any language like. let string = "你好世界" You can create a string using iteration for. .in as below

In Objective-C, string Interpolation is done by invoking [NSString stringWithFormat:]. Whereas, using Swift you can do it with ease as follows. What you need to do is just wrapping the variable or function call in parentheses and add the backslash in front of variable or function call. E.g. \ (Expression). let x = 4; let y = 5; println( "\(x) x \(y) = \(x*y)") // outputs // 4 x 5 = 20

Array and Dictionary in Swift and Objective-C:

Similar to Objective-C, Swift also have a set of classes and adds which are known as Array and dictionary having similar declaring syntax as Objective-C including [] and excluding @ at the beginning of []. let someArray:[String] = ["one","two","three"]; var someOtherArray:[String] = ["alpha","beta","gamma"]; Same applies for Dictionaries: let someDictionary:[String:Int] = ["one":1, "two":2, "three":3]; var someOtherDictionary:[String:Int] = ["cats":1, "dogs":4, "mice":3];

Now, I wish you have a clear view of Swift programming language. From my prospective Swift is quite easier language for developing as well as for understanding. It is a simply an Improved version of Objective-C for an iPhone application development. So what are you waiting for, Get started to study it.

Learning how to use the Swift programming language is much simpler than learning C++ or Assembly. Because it comes with a Library class, it enables you to simply access and utilises your preferred libraries without requiring you to first understand how to use them. Additionally, Swift provides a lot of benefits, some of which include simplified development and performance, enhanced customizability, and simplified development from beginning to end. It is possible for developers to learn Swift with the assistance of a large number of online tools and educational materials. The Swift Programming Language Issue Datebook is considered to be among the most valuable and significant tools available to anyone who are interested in developing apps with Swift. This book is an essential component of any successful development infrastructure. It offers a comprehensive analysis of the Swift programming language, as well as a discussion of the numerous components that make up the Swift ecosystem. Swift is an open-source programming language that was developed by two individuals who won the Heisman Trophy in 2014 and 2015. The source code of the language is immediately available to everyone who installs it and may be used without cost by anyone. There is a plethora of information that can be found online to assist developers in becoming proficient in Swift. The How to Use Swift guide on the Swift Developers Portal and The Swift Programming Language guide on the Apple Developer Portal are the two resources that are going to be the most significant and helpful for anyone who wishes to create applications with Swift.

You do not need to venture out of the safety and convenience of your own house in order to investigate the outlandishly bizarre world of the Swift programming language. You can get a head start in the Swift programming language by searching for jobs and positions in the industry that you want to get into as soon as you can. The field of software engineering is the most suitable profession for someone with your skills and experience. Software engineers are the individuals who are accountable for the creation as well as maintenance of software programs. In most cases, it is up to them to construct software by working with various forms of code and code libraries. To be eligible to submit an application for a job in this sector, you need to hold a degree that is recognized in the field of software engineering and have a minimum of six months of work experience in a sector of the economy that interests you. In addition to this, you need to have a positive attitude and a solid relationship with the staff members. There are a great number of job openings in the business that include the Swift programming language. You can seek work by using job boards or websites that give job postings to those looking for work. You may also choose to contact the industry on your own in order to learn more about the available opportunities.
If you want to learn various courses then you can enroll in iOS Training Course, Manual Testing Course, Automation Testing Course, Selenium Testing Course, and Mobile Testing Course then you can contact TOPS Technologies. 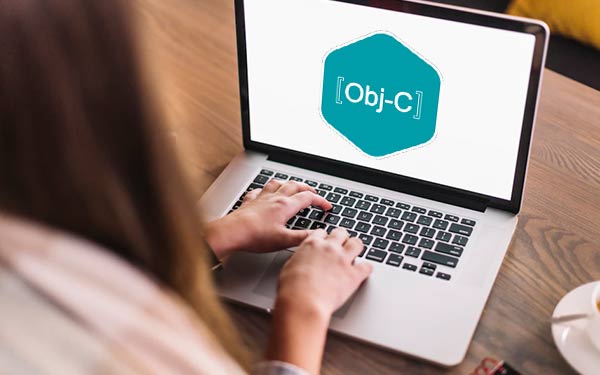 Swift Programming Language: Is it Better...

Interior Designing as a Career: Specialization, salary and skills needed

Starting a career in Interior Design may be a pleasant and rewarding route for an artist or designer. The Interior Design industry is continually changing, providing a wealth of chances for personal and professional development.

What is Required for Getting a Good Job in the IT industry?

Are you an IT fresher looking to get a good job in your field? With day-by-day increasing competition and number of individuals learning IT technologies these days, do you think it's so easy getting a decent job in the IT sector after completing your.

What is Required for Getting a Good Job in the IT industry?

Are you an IT fresher looking to get a good job in your field? With day-by-day increasing competition and number of individuals learning IT technologies these days, do you think it's so easy getting a decent job in the IT sector after completing your.

IT Job Interview - Learn the Golden things to Impress your Employer

An IT Job  Interview-the name itself leaves butterflies running in our stomach .We all dread IT interviews, and in that nervousness, we tend to make mistakes. Confidence and preparedness are the 2 basic mantras which help you succeed in an IT intervi.