It is proved that testing is a must do procedure of the software development life cycle to deliver a defect free product which attracts and retain customer with your software. Defect free software is the key toss customer satisfaction and increasing selling of your product. Systems are needed to be a bug free, especially those which holds crucial data and process that data. These systems are so sensitive that a bit change in result can deliver false output, which may lead to the wrong result. To perform the best testing you need to decide between manual testing and software testing. Manual testing and automation testing both are equally significant. But the selection of testing technique depends on your choice and what the constraints are. Here I have given tips on how to select a testing technique for your software testing.

The First look is the project size: 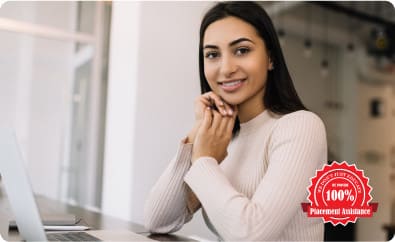 Sometimes you need to derive choice as per your budget:

If you have a large group of quality analyst, you can go with manual testing and accomplish it in the given time constrain. Because you can test your software in different system simultaneously in short time. But if you don’t have a limited human resource and need to accomplish it in some time constrain, automation testing is better.

Go as per frequency of testing:

Manual testing is the best and economical if the software is not required to taste frequently in future. And if your software is required to be tasted frequently in future automation testing is best and economic for your perspective. Changes in code really a matter! If your project code is changing frequently as per client’s demand, it is better to go with automation testing. Because you need to ensure whole system once you made any change in code, no matter the change that you have made in the system is small or large. This is because if you make any change in one module of the system, there is a chance that it may harm the other modules of the system.

If the need of simultaneous testing:

If want to taste selected case only:

If you want to do random testing of your some of selected test cases, then it is only possible by going with manual testing. So if your project is demanding random or ah-hoc testing, you have only one choice and that is manual testing. If time is a matter don’t worry: If you want to work fast on urgent base you need to test your project with automation testing as it is not possible to deliver accurate and fast testing using manual testing. So if you have a time constraints and want to do accurate testing, you need to go with automation testing.

If want to see the testing on multiple systems:

When a testing needs to be analyzed by a number of people on multiple systems it only can be accomplished by automation testing only. Using automation system, multiple users can login in to the different system and can see the testing and the result of testing.

If you don’t want annoy some task:

If you don’t like annoysome testing of filling the form and testing it, go with automation testing which fill the form automatically.

If you don’t want to miss any area of the system to test, you need to test it manually to judge it. Manual testing covers all the areas to test which are not having done in automation testing. It means when you are looking to test such an area of system, you need to go with manual testing. If you want to have a thorough knowledge in software testing, visit TOPS technology which is one of the best outsourcing and training institute that not only deliver you training in software testing but also experience you on real time project. So that you can have an experience of real time environment learn the best from it. To get the best software testing training visit today.

Niral Modi works as a Chief Executive Officer at TOPS Technologies, which is an Education company with an estimated 303 employees; and was founded in 2008. They are part of the Executive team within the C-Suite Department, and their management level is C-Level. Niral is currently based in Chicago, United States.

Tips on How to Select Between Software T...

5 Advantages of Software Testing You Should Know About

With new devices emerging every day, software and web applications remain a crucial touchpoint between customers and businesses. However, these software applications should satisfy various functional and security requirements to ensure the best user.

What is the Importance of Software Testing?

Software testing is now becoming a preferred career choice among aspirants across the world. There are even instances where working professionals have shifted sectors and taken up software testing as their career. With the growing dependency among pe.

Is Software Testing a Correct Choice For Me?

In today's world, we cannot go far without technology. Why? Because everything is so easily accessible at our fingertips. Anything and everything you need is right there with a user-friendly interface and an impeccable app, along with simple navigati.